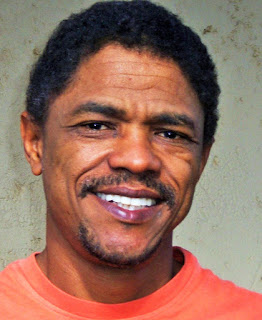 Frank Meintjies is based in Johannesburg and works in the development sector.
In 2004, he was the editor with Edgar Pieterse of Voices of the Transition, a work that used photography, poetry and essays to probe the nuances of ten years of change in SA. Frank has been active in debates on South African culture and regularly presents his poems at poetry and ‘spoken word’ events.
Frank’s poetry is captured in three volumes: My Rainbow (2009), Connexions (2012) and Unfettered Days (2015). His poems have also been included in magazines such as Staffrider and Botsotso and in anthologies such as Sol Plaatjie European Union Anthology Volume IV, Ear to the Ground and in the literary journal Soho Square. His work is also featured in Twelve + One Joburg Poets: Their Artistic Lives And Poetry and in the school textbook Vistas of Poems (Grade 11) published by Best Books. 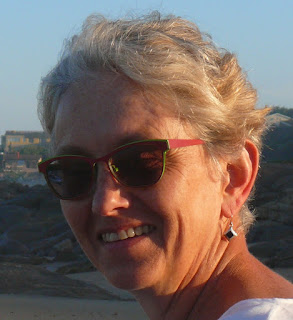 Barbara Schreiner is a published poet and writer, currently living in Pretoria and working in the NGO sector.
Her published works include:
Restless Dreams and Broken Hearts, a collection of her own poetry self-published in 2015
A Snake with Ice Water, a collection of writings by women about prison which she edited and which contains some of her poems;
The Gossiping Grass, a children’s story published by Shooter and Shuter
My Spirit is not Broken, a biography of Frances Baard, published by Zimbabwe Publishing House in 1987.
Her poetry has also been published in various magazines.
She wrote the play Endangered Species which was performed at the Market Theatre, the Edinburgh Festival, in London and in the Netherlands.
She is administrator of the website Tshwane Poetry, which publishes the poetry of a collective of poets based in Gauteng (https://tshwanepoetry.wordpress.com/).
She has been a cultural activist since the 1980s, as was a member of the Congress of South African writers, where she also worked for some years. She also worked in theatre both in PACT (1979) and at the Market Theatre
She has read her poetry at various events over the years, ranging from mass rallies in the 1980s to poetry readings in bookshops in the 2010s.
She has also authored numerous papers and articles on water and gender and co-edited a book on water policy and practice in South Africa. 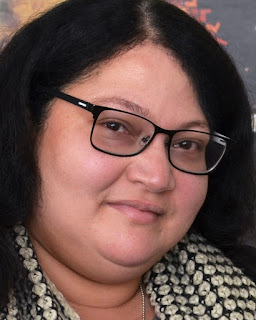 Lisa Combrinck is a poet and writer, born in Cape Town and residing in Pretoria. She has worked as an assistant editor for the Southern African Review of Books, as a speechwriter in the presidency, as a media research director and as a communications head and a spokesperson in the national government. She was a lecturer in the English Department at Vista University and books editor and columnist for the Sowetan newspaper. She works in the Department of Arts and Culture. She was a member of the Congress of South African Writers. She sat for two terms on the Board of the National Arts Council of South Africa and chaired the Literary Advisory Panel. She is the convener of the African Women Writers’ Symposium, which brings together women writers from Africa and its Diaspora in an annual event in Johannesburg. She sits on the Adjudicating panel for the Mbokodo Awards for Women in the Arts.

Lisa published An Infinite Longing for Love: a collection of poetry through Skotaville Media in 2005. Her poems have been published in anthologies such as Horses Athlone (Ekapa and Buchu Books 1988), Essential Things (COSAW 1992), Like a House on Fire (COSAW 1994), Seasons Come to Pass: A poetry anthology for Southern African Students (Oxford University Press 1994), The Heart in Exile (Penguin 1996), The Lava of this Land (Northwestern University Press 1997), A Writing Life: Celebrating Nadine Gordimer (Penguin 1998), A Century of South African Verse (A Donker 2001), in German translation in Habari Gani Afrika (1997) and Hinter de Regenbogen (1997), Heart of Africa: Poems of Love, Loss and Longing (2014), Vistas of Poems - Grade 11 (2015) and in magazines such as Akal, Staffrider and New Coin.

Critical analysis of Lisa’s writing has appeared in books such as A Poetics of Resistance: women writing in El Salvador, South Africa and the United States (University of Michigan Press 1994 and in journals such as World Literature Today (University of Oklahoma 1996). In 2013 she was named by the Centre for African Poetry on the “CAP List of Leading Voices in Recent African Poetry.” Mary DeShazer (1994) writes that: “In her frank expressions of desire as resistance, Combrinck represents a new breed of South African women poets who view eroticism as powerful aesthetic and political terrain.” SV Selvick (2013) observes that: “Yet, despite (or because of) Combrinck’s ideological dedication to writing back to a male dominated literary tradition, she steeps her poetry in one pervasive motif: femininity and female sexual pleasure.”

Kim Berman
Kim Berman lectures at in the Fine Arts Department of The University of Johannesburg and is the Director of The Artist Proof Studio in Newtown, Johannesburg. After graduating from the University of the Witwatersrand in 1981, she moved to Boston, where she was active in the anti-apartheid movement. In 1989, she received her MFA in printmaking with distinction from Tufts University. The art work from her Masters’ exhibition, Alex under Siege, now hang in South Africa’s Constitutional Court. In 1990, after Mandela’s release from prison, Berman returned to Johannesburg where, in 1991, she co-founded the community printmaking center, Artist Proof Studio. Kim has held in local and overseas solo exhibitions, 11 in all. She has also participated in numerous group exhibitions.

Indigo
Indigo, (21), is a skilled guitarist, singer and song-writer. He has led the metal band Pariah, which performed twice at the National Arts Festival in South Africa, and co-wrote all of their songs. In 2013, Indigo began to focus on his professional career, improving his guitar skills and writing songs for his demo CD, Taste for Apathy, which he completed in 2015. In 2015 he formed the band, Indigo Reign. In October 2015, he and the band recording an ‘’extended play” entitled ‘Could You Be?’ featuring songs written by Indigo (the individual). In late 2015 Indigo Reign toured the Eastern Cape to excellent reception from audiences. Could You Be? has received wide air play. The songs are an exploration of love and loss. Indigo says: “When people listen to my music, I’d like them to feel that they are not alone. My music is reflective, introspective …. Hope is a big thing in my music.”