The McGregor Poetry Festival would not exist if people did not do the work. It is simple as that. All poetry lovers are fortunate to have a group of lovers of poetry who have done something amazing in this little village. 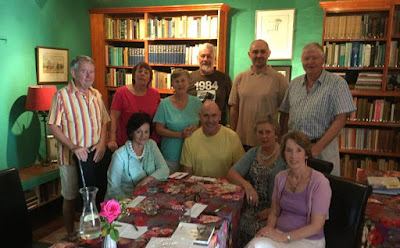 Billy Kennedy is a very special person. He has lived in McGregor for almost 20 years, after a very successful career with SABC Opera. His dream, Temenos, has become central to this village. He took a run-down property and turned it into an incredible space. To experience Temenos is to experience a core spirit. Billy refers to himself as the gardener at Temenos. His typical humility masks his contribution. He is also the one who conceived of the Poetry Festival. Thank you for the inspiration you are to us all. 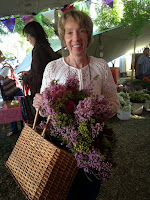 Jennifer Johnson is the engine in the festival. She gets things done. Without her energy and passion, and sheer hard graft, we would never have got the show on the road. A former teacher from Jo’burg, Jenny moved to McGregor in 2010 after enriching the lives of children for over 30 years. They have opened a small guesthouse, appropriately called “Le Bonheur’ – Happiness. A loving wife to Martyn, Mother to two boys and Granny to one, Jenny gives enormously of herself for the good of the festival and village and we are all deeply grateful to this warm, honest and caring woman. 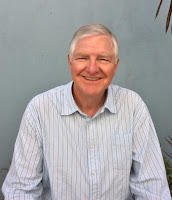 Anthony Coombe is our Finance man. With a background as a Chartered Accountant with 36 years in one of South Africa’s top firms, Ant brings enormous gravitas to the position of Treasurer. But he is not just a numbers guy! Though still involved as an independent consultant in finance, Ant is also involved volunteering his time at a number of organisations, both in McGregor and Cape Town. When he does have spare time, Ant enjoys tennis and golf.

Michael McKenzie is the owner of Wahnfried, a venue for the arts in McGregor. This beautiful space has done much to enrich the lives of McGregor residents, with superlative films and music the order of the day. We also utilise Wahnfried for the Poetry Festival. Michael is from the Scottish Highlands but has lived in South Africa for some time. After studying the economics of the performing arts, and working in the music department of The Readers’ Digest, Michael followed a career in the hotel industry. He was the owner of two hotels, and was an inspector of hotels worldwide. We are blessed to have him on the team. He is one of those people who never complains, and just gets on with the job. 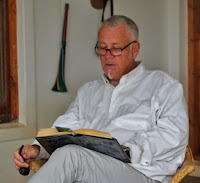 David Magner is a former English teacher who retired to the sanctuary of McGregor a few years ago. He loves most forms of the arts, but is particularly fond of the spoken word, whether on a page or on the stage. Loves music and singing. Reads voraciously and enjoys nothing more than a quiet walk with Sandra, his wife, and the two German Shepherds, Banquo and Mopsa. Happy to be involved in whatever capacity he is needed. 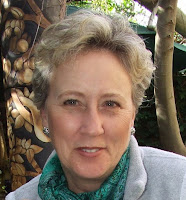 Mariana Rabie has also joined the team recently. After a varied and happy working life, Mariana has decided to retire from full-time employment. We are delighted that she has agreed to work in a part-time capacity with us as a fundraiser. Mariana is no stranger to McGregor, having been a member of the Board of Eseltjiesrus Donkey Sanctuary since July 2012. She brings enormous energy and experience to the team, as well as her positive and irrepressible attitude. 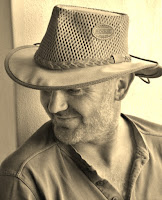 Daniele Debellis came to McGregor less than a year ago, but has made a lasting impact. Daniele took some wonderful photographs of the second festival, and he has been instrumental in helping us sort out our own social media sites. He has a marvelous eye, and his photographs are truly wonderful. He is also turning his hand to film work, and we can are thoroughly enjoying his video work on Facebook. A gentle, giving man, he is another who gives of himself at all times. 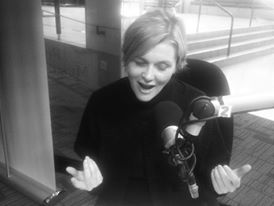 Lené Kruger is a freelance publicist. She works mainly in the entertainment industry, focusing on publicity for musicians, artists, events and festivals. She has worked with Mango Groove, Chris Chameleon, Karen Zoid Just Jinjer and many more remarkable musicians. She also works with international record company Red Bull Records (US) and has coordinated media scheduled for well known international  bands playing at Ramfest (2010 – 2014) including Biffy Clyro, Foals and Rise Against. She is also the publicist for the annual Up the Creek Music Festival, River Republic Festival and the upcoming Unplugged62 Festival in Barrydale.  Lené studied B Drama at the University of Stellenbosch (1986 – 1989) and her love of the theatre and poetry, has led her to join the Poetry in McGregor team. More info at www.lkmediabook.co.za twitter: @Liny_Kruger

So that is the team. A happy , fun-loving and warm group who enjoy each other and share a common passion for promoting Poetry.