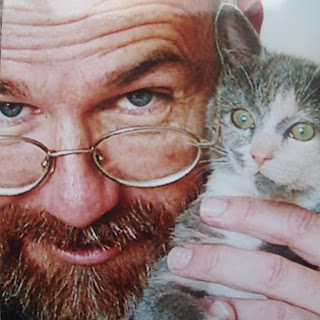 Dan Wylie reads from two volumes of poetry: Sailor: Poems for my father, and Slow Fires

Dan Wylie was born and raised in eastern Zimbabwe, and now teaches literature at Rhodes University, Grahamstown. His 1996 volume of poems The Road Out won the Ingrid Jonker and Olive Schreiner prizes. Since then he has produced some seven volumes of poetry. He has also published several books on Shaka, notably the only extant biography, Myth of Iron: Shaka in History. For the Reaktion Books Animals Series he wrote Elephant and Crocodile. He has published sundry articles on Bushmen, Zimbabwean literature and various ecological issues, and edited two books on the poetry of Don Maclennan. He loves all forests and four-footed creatures.