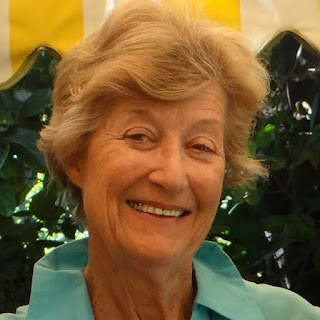 Poems of the Third Age

“When you are old and grey and full of sleep…”

Adré and Geoff will read a selection of their poems, which not only explore aspects of the grief and loss experienced as we grow older but also celebrate various compensations. Some of the poems are light-hearted and amusing, reflecting a certain sardonic humour which might be useful as a survival mechanism…

Adré studied English and French at the Universities of Stellenbosch, Paris (Sorbonne) and Cape Town. She taught English at the University of Stellenbosch, UPE and UCT. She has written poetry since childhood but has only recently started submitting her poems for publication. Some have been published in journals such as Carapace, New Contrast, Stanzas, and others in a book entitled Still Life in Motion, by Bettie Coetzee Lambrecht. Adré lives in Cape Town and is enjoying retirement by indulging her interest in the natural world, spending time hiking in the fynbos and exploring wilderness areas further afield with her family. When indoors, she loves reading, writing poetry and listening to music. 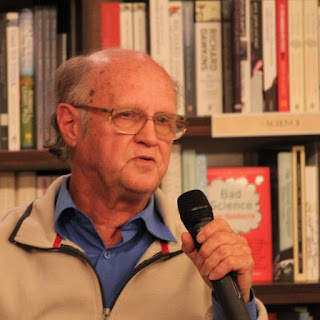 Geoff Haresnape has been writing poetry for many years. To date he has published five collections, Drive of the Tide (1976) New-Born Images (1991), Mulberries in Autumn (1996), The Living and the Dead (2005) and Where the Wind Wills (2011). Poems selected from all the earlier collections were published together with new poems in The Living and the Dead. In addition to individual collections, his work has been much anthologized in titles ranging from The Penguin Book of South African Verse (1968) to The Pick of Snailpress Poems (2000) and to the widely distributed Seasons Come to Pass (2002).

Geoff taught English Literature at UCT in the 1970s, 80s and 90s and with J M Coetzee and Stephen Watson helped to develop a Centre for Creative Writing there at the start of the 21st Century. He retired as an Emeritus Professor in 2004. Since then he has been writing, gardening and travelling with his wife, Lesley, - not particularly in that order. Visiting two of their four children, who live with their families in the UK and in Canada, has been his particular experience of the South African diaspora. The problematics of colonialism have been his karma from childhood into old age.