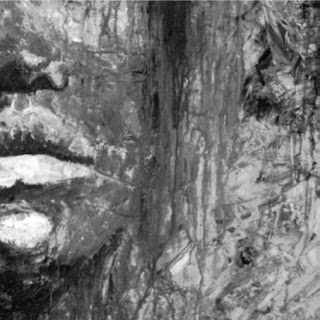 “Tasting words on the tongue”: Voices from the University of the Western Cape’s Creative Writing Masters Programme

Christopher ‘Voice’ Kudyahakudadirwe holds a MA in Creative Writing from the University of the Western Cape, a BA (Honours) from University of the Western Cape, a B.A. English and Communication Studies from Zimbabwe Open University. Some of his poems were published in an anthology called Best ‘New’ African Poets 2015. At the moment he is finalising his novel entitled: You Are Not Alone which deals with cultural practices and the prevalence of HIV in Zimbabwe. The opening chapters of the novel have been published as a short story entitled ‘Voices of the Ancestors’ in New Contrast magazine.
Ethne Mudge is completing her Masters in Creative Writing at the University of the Western Cape while also teaching first year literature. Her poetry has been published in UWC’s poetry anthology, Harvest and she is working on a creative non-fiction novella set in 1950’s Cape Town. Her interests are post-colonial feminist identities, Afrikaans as identifier of place, and identification with the animal subject. She is a Namibian farm girl living in the Bo Kaap with her dog, Strauss.

Jolyn Phillips was born and grew up in Blompark, Gansbaai on the western Cape coast. She is currently working on her PhD in Language Education at the University of the Western Cape (UWC) and is a 2014 Mandela Rhodes Scholar. In 2013 she completed a Masters in Creative Writing at UWC. Since 2012, she has participated in the Open Book and the Franschoek Literary Festivals. Her writing has also been published in Aerodrome, an online literary website, an anthology This Land I Call Home (UWC CREATES) and Ghost Eater and Other Stories (Umuzi). Tjieng Tjang Tjerries and Other Stories (Modjadji, 2016) is her first book.

Gahlia Phillips is an actor and poet. Having performed in Theatre and Television since a very young age, she currently is an Agent in Film & Television as well as In-House Acting Coach for Ice Artistes. She has a Masters Cum Laude in Creative Writing (University of the Western Cape), a Bachelor of Arts Theatre Performance majoring in English Literature (University of Cape Town) and a Teachers’ Diploma (London Trinity College). As well as being a Professional Actor she teaches privately in Performance and Movement and has worked as a tutor at the University of the Western Cape in English Literature. Gahlia’s Eastern European blood brings a great source of inspiration to all her work, particularly to her collection, Gertrude, in which she takes women’s stories out of ‘silence’ and into the public domain.

Hilda Wilson, the youngest of four, was born into a family divided by 'race' and the railway line in the year of the Rivonia Treason trial, when Neville Alexander, with whom she later worked at SACHED Trust, was imprisoned on Robben Island, and also when controversial Afropop singer Brenda Fassie entered this world. Hilda draws on her socio-political context in her poetry. She started writing prose two years ago for her MA in Creative Writing, which culminated in a collection titled, "Visklippie and other Cape Town stories". She has an M.Admin cum laude and works in higher education administration. She has two adult children and two dogs.