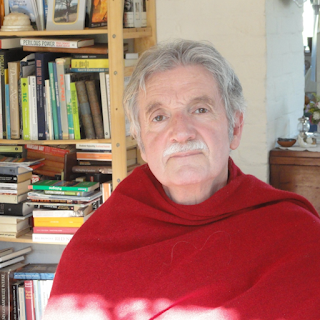 Poets between War and Reconciliation

The war in the Ukraine is daily news. This Russian Ukrainian conflict conceals the many attempts to keep the dialogue between the two countries alive. Poetry plays an important role in that dialogue as will be illustrated by examples of contemporary poetry from both sides. I have added my own voice to the dialogue.

I am a Dutch national born in Nijmegen the Netherlands in 1946, who moved to South Africa in April 1994. I retired in September 2011 as a lifelong learning specialist from the University of the Western Cape, Division for Lifelong Learning. Since my retirement I concentrate on creative writing, Western and Egyptian classical music and curate Eastern European films at Cinemuse in Stellenbosch. I produced a few multimedia productions for the Egyptian Society of South Africa in which I explored the influence of Ancient Egypt as a source of inspiration for western styled classical composers worldwide.

Currently I explore the role that the creative arts can play in resolving the conflict between Russia and the Ukraine.

Reading and reciting poetry was with me since the primary school in The Netherlands. I never wrote my own. My father was among other a concert singer and accompanied himself at home on the piano while singing numerous Schubert poems. My family is a family of musicians and composers. When you Google ‘Jan Koetsier’ you find a treasure house of compositions performed worldwide (YouTube). Like all composing Koetsiers they left earth at 90+.

What ultimately opened up poetry in me was a film by the Armenian film maker Sergei Paradjanov (1924-1990), ‘The colour of pomegranates (1969)’. The film depicts the life of the medieval Armenian King of Song ‘Sayat Nova’. I saw it in 1983. The film always stayed in my heart and fully remerged after the tragic death of a cousin in September 1988, who worked for Medicines without Frontiers at Shongwe Hospital. Four months later I took an A5 office pad and started a few sketches. Amazingly poetry emerged. The structure of Paradjanov’s film guided me through an unknown dimension of writing. ‘John, de geschiedenis van een leven’ was the first of a number of series of poems in Dutch.

When I moved to South Africa in 1994 the poet in me fell silent. Time was consumed by raising a young family, securing a job and mountains of academically based writings and interactions with thousands of students, parents and staff.

In August 2008 the poet was resurrected in a writers group mentored by Dorian Haarhoff. For the first time I started delving into the rich complexities of the English language, which was much easier now as English was used all day around me.

Nature, birds, castles, inner excavations of mind and heart, reflections on music and more were born. I share one example that illustrates the wonders of an unexpected entry into a narrative that never ends. For me poetry is giving space to the unexpected.

It never started and it never stops. Only now I embody it into script, as an outpour of refreshing spring rain for all seasons. It murmurs in all languages, 24/7, narrated, scribbled, printed, revised but still inadequately expressed.

There is no distance between the pen and the pen-pusher. It is all me and the meaning unfolds with every word.

I have committed myself to clarity and use a calligraphy that I can decipher even in the dark. And this flow from the unknown to the known is supported by a glass of red wine, the natural enhancer of the poet.

No “Once-upon-a-times”, as there is no beginning or end, just strings of words that reveal the inner truth of an unfolding story-line.

Yes, I admit, I’ll want to stay as close as possible to a source which I can never fully describe. It takes on words and images in black, white and colour, millions of shades of being, sometimes unbearable, creating ulcers in my mind. The incomplete utterances are like a blocked sewage. Do you smell a rat? Yes, more than one, carried away on an underground stream of self-quotations.

And when I dare to step out bright skies appear, bumble bees and humming birds in all colours and the hammering of workers who live in shacks and build a 7 million Rand house in upper-suburbia.

A tiny silver thread connects me with my own past. How much can I release of this continuously unwinding process that takes me to a future with no urge to reconstruct.

I scribble the multiple layers of the writer’s mind. And suddenly the pen stops. I hear the squeaking seagulls on the roof of the potato factory in Lamberts Bay and I have arrived where I never expected to go when I jotted down the title of this narrative.
http://kaganof.com/kagablog/category/contributors/jos-koetsier/

Femininity and Masculinity in the films of Alexander Sokurov (1951- ) presented in May 2016.

Portraits and names and areas of Art from the Ukraine and the Russian Federation and how we can all contribute towards the dialogue to establish peace in the Ukraine.

Here is the special file that I promised to email to you! I have listed the poets in my presentation and a few other artists whom I could not give credit due to the time restrictions and to avoid overload.

To respect the copyright issues I have not reproduced any of the poetry besides my own. A lot is available for ‘consultation’ on the internet though. I have added where possible the available links.
I respectfully ask you to consider the copyright of the poets and their translators.

On YouTube you will find trailers and sometimes the complete films of the film makers quoted below.

Her song ‘Never will we be brothers’ (2014) became a famous lyric and was also put on music by a pop-group: https://www.youtube.com/watch?v=d_sTAhZv_rI (reading by Anastasia Dmitruk and the Music with a group of Musician from Klaipėda in Lithuania)

Boris Khersonskiy: a poet. Born in Chernovtsy (Ukraine), he now lives in Odessa (Ukraine). Graduated from Odessa Medical Institute with a psychologist degree. Head of Department of clinical psychology in Odessa National University, the author of monographs in psychology and psychiatry. Literary publications in a number of journals, twelve books of poetry (nine published in Odessa, three in Moscow) and two books of poetical transcriptions of Psalms. Laureate of Brodsky's fund grant (2008), Literaris book prize (for Family archive collection of poems, 2010), short-listed for Andrey Bely award (2007).
https://www.youtube.com/watch?v=Q-dDySDZfy0

Ukrainian poets Source files on lyrikline (German site)
1102 Poets from many countries including Ukraine in alphabetical order. The poems are not always available in English translation. Besides English versions there are translation in German, French, Spanish, Slovenian and Russian.
There are sound-files attached which produce the poem in the original language.
http://www.lyrikline.org/en/authors?nav=1&country%5B%5D=UA  (Ukraine)

Sofia Gubaidulina (1931- ) (USSR/Russian Federation/Germany)
One of the core composers who worked with all other composers mentioned in this chapter, in particular with Denisov, Schnittke and Silvestrov.
https://en.wikipedia.org/wiki/Sofia_Gubaidulina
Most of her works are on YouTube
Stimmen Verstummen (1986)
https://www.youtube.com/watch?v=wnFDJpJ6s8g

Alfred Schnittke (1934-1998) (USSR/Russian Federation/Germany)
Listen in particular to his Nagasaki Symphony (1958)
For the Soviet and Japanese lyrics: https://en.wikipedia.org/wiki/Nagasaki_(Schnittke)
For the music of this symphony:
https://www.youtube.com/watch?v=PhJLd61vys0
It has been performed several times in Cape Town with the Cape Philharmonic Orchestra who recorded the work on the Swedish Label BIS, for sale at the secretariat of the orchestra at the Artscape Theatre in Cape Town.

Dmitri Shostakovitch (1906-1975) (USSR – Leningrad-Repino-Moscow)
Listen to the Babiy Yar symphony. The text of the Russian Poet and Film maker Yevgeny Yevtushenko refers to the holocaust, in particular in the Ukraine
Shostakovich, Symphony 13: Babiy Yar (1962).
For the original text: http://personalpages.to.infn.it/~nicolett/BabiyYar.html
Complete 13th symphony is on:
https://www.youtube.com/watch?v=Iub52XLMWTc

Valentin Silvestrov (1937- ) (USSR – Ukraine-Kiev)
https://en.wikipedia.org/wiki/Valentyn_Sylvestrov
Silent Songs, based on poems of among other Alexander Pushkin (1799-1837), Mikhael Lermontov (1814-1841) and Taras Shevchenko (1814-1861):
https://www.youtube.com/watch?v=se0GW7ONThQ
Details of Silent Songs on each track of the recording:
http://www.allmusic.com/album/valentin-silvestrov-silent-songs-mw0001570071 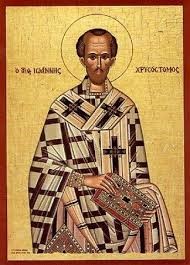 In the dim light of a fading candle I see Your precious face.
The Basilica is filled with your presence.
My brush strokes recreate you on walls and tablets, iconic, beyond my ability to depict You.

I touch Your head.
A throbbing pain enters my veins.
Deep bass voices arise in veneration of your everlasting presence.
Chrysostom’s [2] Hymn dedicated by the Patriarch of Old Lore.
Amidst raging winter storms I write the sacred words that connect us.

But alas, Russian and Ukrainians clash and fight till all humanity is drained.

Missiles are launched and 298 people die.
Am I the magician who may restore their lives?
In the depth of my heart I search for the power to fulfil my mission.

I surrender on the floor of the half destroyed church.
The snow slowly descends on the remnants of the altar.
Who are Thou, driver of my inner healer?

The sun rises on snow clad landscapes.
I enter a farm and rest among the cows.
Their graceful eyes meet mine and as they breathe wafts of cold the air fill the stable.

The seasons change and the fields are adorned with yellow flowers.
I hear you sing and dance.
You break the dark spells.
In the waving corn the birds are the thinkers.
A red fox and her young, nobody chases them.

The river is as a bloodstream that powers my brain.
I watch till night falls.
The stars accompany me to a bed of straw.

Night is my pillow and the Lord is my Sheppard on the path I have not yet discovered.

I eat Kasha [3] and your homemade Vodka lubricates my brain till everything is transparent and smooth.


Worthy Words
Dedicated to Anastasia Dmitruk (1991- ), Kiev, Ukraine
Reflections on her poem ‘Never will we be brothers’ (2014)

Where are the bridges to the other side?
To those who lose their lives for a similar plight
Who want no more ammunition for the war machine?
And no more soldiers on the battle scene?

I reach out with resolve
With violence gone as driving force

[3] Buckwheat, staple food in Russia and the Ukraine